The linearity of electron density to HU conversion is demonstrated for different-sized phantoms. Employing the IBL instead of the TBL significantly reduces the imaging dose by up to a factor of 5 at a constant image quality level, providing an immediate benefit for the patient.. Altenstein, G.

We present a novel technical concept of a two-dimensional binary multileaf collimator 2D-bMLC especially designed for fast dose delivery in rotational IMRT. The 2D-bMLC consists of individually controlled absorber channels, which are arranged side by side forming a 2D collimator aperture. In each channel three separate tungsten modules are arranged behind each other. To open and close an element, the central module is shifted between two positions.

The purpose of this work is the presentation of the 2D-bMLC concept and its dosimetric evaluation. A virtual source model of a flattening filter-free 7 MV linac was used to characterize the linac phase space.

The leakage calculated for the closed collimator was below 0. Following the primary photon fluence distribution, the bixel intensity decreases with the distance of the element to the central axis of the treatment machine.


The increase is explained by the specific design of the 2D-bMLC. Abutting element beams exhibit a slight tongue-and-groove effect if opened sequentially. This effect as well as the primary radiation efficiency is basically affected by the source size and the dimensions of the collimator elements. We successfully established and evaluated a dosimetric model of the 2D-bMLC.

The results are promising, and we will therefore investigate on real patient plans, if the concept could be advantageous for fast rotational IMRT treatments.. Koenig, T. Imaging properties of small-pixel spectroscopic x-ray detectors based on cadmium telluride sensors. Spectroscopic x-ray imaging by means of photon counting detectors has received growing interest during the past years.

Critical to the image quality of such devices is their pixel pitch and the sensor material employed. The average number of pixels responding to a single incoming photon are about 1. Energy selective CT acquisitions are presented, and the two pixel pitches' abilities to discriminate between iodine and gadolinium contrast agents are examined. It is shown that the choice of the pixel pitch translates into a minimum contrast agent concentration for which material discrimination is still possible.

We finally investigate saturation effects at high x-ray fluxes and conclude with the finding that higher maximum count rates come at the cost of a reduced energy resolution.. Siggel, M. Boosting runtime-performance of photon pencil beam algorithms for radiotherapy treatment planning. Pencil beam algorithms are still considered as standard photon dose calculation methods in Radiotherapy treatment planning for many clinical applications. Despite their established role in radiotherapy planning their performance and clinical applicability has to be continuously adapted to evolving complex treatment techniques such as adaptive radiation therapy ART.

We herewith report on a new highly efficient version of a well-established pencil beam convolution algorithm which relies purely on measured input data. A method was developed that improves raytracing efficiency by exploiting the capability of modern CPU architecture for a runtime reduction. Since most of the current desktop computers provide more than one calculation unit we used symmetric multiprocessing extensively to parallelize the workload and thus decreasing the algorithmic runtime. To maximize the advantage of code parallelization, we present two implementation strategies - one for the dose calculation in inverse planning software, and one for traditional forward planning.

As a result, we could achieve on a core personal computer with AMD processors a superlinear speedup factor of approx. Comparison of a multileaf collimator tracking system and a robotic treatment couch tracking system for organ motion compensation during radiotherapy. PURPOSE: One limitation of accurate dose delivery in radiotherapy is intrafractional movement of the tumor or the entire patient which may lead to an underdosage of the target tissue or an overdosage of adjacent organs at risk.

In order to compensate for this movement, different techniques have been developed. In this study the tracking performances of a multileaf collimator MLC tracking system and a robotic treatment couch tracking system were compared under equal conditions.

A HexaPOD robotic treatment couch tracking system was also installed at the same linac. A programmable 4D motion stage was used to reproduce motion trajectories with different target phantoms. Motion localization of the target was provided by the 4D tracking system of Calypso Medical Inc. The gained positional data served as input signal for the control systems of the MLC and HexaPOD tracking systems attempting to compensate for the target motion.

We have previously developed a tumour tracking system, which adapts the aperture of a Siemens MLC to electromagnetically monitored target motion. In this study, we exploit the use of a novel linac-mounted kilovoltage x-ray imaging system for MLC tracking. The unique in-line geometry of the imaging system allows the detection of target motion perpendicular to the treatment beam i. We utilized the imaging system either alone or in combination with an external surrogate monitoring system. We equipped a Siemens ARTISTE linac with two flat panel detectors, one directly underneath the linac head for motion monitoring and the other underneath the patient couch for geometric tracking accuracy assessments.

A programmable phantom with an embedded metal marker reproduced three patient breathing traces. For MLC tracking based on x-ray imaging alone, marker position was detected at a frame rate of 7. For the combined external and internal motion monitoring system, a total of only 85 x-ray images were acquired prior to or in between the delivery of ten segments of an IMRT beam. External motion was monitored with a potentiometer. A correlation model between external and internal motion was established. The real-time component of the MLC tracking procedure then relied solely on the correlation model estimations of internal motion based on the external signal.

Geometric tracking accuracies were 0. Dosimetric accuracy for a highly modulated IMRT beam--assessed through radiographic film dosimetry--improved substantially when tracking was applied, but depended strongly on the respective geometric tracking accuracy. In conclusion, we have for the first time integrated MLC tracking with x-ray imaging in the in-line geometry and demonstrated highly accurate respiratory motion tracking..

A survey of target materials and orientations suitable for the production of coherent bremsstrahlung in megavoltage imaging. Megavoltage imaging in image-guided radiotherapy usually suffers from the relatively small fraction of photons present in the energy range providing good soft tissue contrast, which corresponds to photon energies below 50 keV.

As a consequence, comparatively high imaging doses are required to form low-noise images. Single-crystal targets can help to alleviate this problem through the emission of so-called coherent bremsstrahlung, amounting to a net increase in low-energy photons if the electron beam impinging on a target is carefully aligned with a major symmetry axis of the underlying crystal lattice. In this work, we present an overview of crystal materials and directions that appeared particularly promising during our studies of this phenomenon, based on theoretical considerations.

We find that, while diamond targets perform best in absolute terms, those transition metals that exhibit a body-centred cubic lattice appear as interesting alternatives.. Characterizing the combinatorial beam angle selection problem. The beam angle selection BAS problem in intensity-modulated radiation therapy is often interpreted as a combinatorial optimization problem, i. It is well established that the combinatorial BAS problem may be solved efficiently with metaheuristics such as simulated annealing or genetic algorithms.

However, the underlying parameters of the optimization process, such as the inclusion of non-coplanar candidate beams, the angular resolution in the space of candidate beams, and the number of evaluated beam ensembles as well as the relative performance of different metaheuristics have not yet been systematically investigated. We study these open questions in a meta-analysis of four strategies for combinatorial optimization in order to provide a reference for future research related to the BAS problem in intensity-modulated radiation therapy treatment planning. 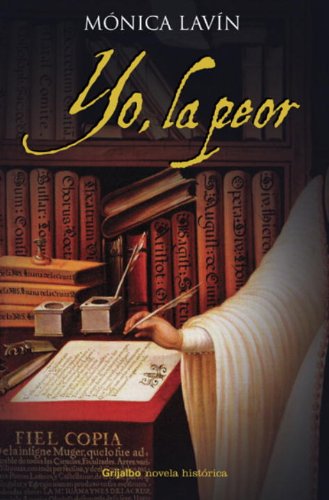 We introduce a high-performance inverse planning engine for BAS. For three head and neck patients, we compare the relative performance of a genetic, a cross-entropy, a simulated annealing and a naive iterative algorithm. All four combinatorial BAS strategies yield significant improvements of the objective function value and of the corresponding dose distributions compared to standard beam configurations with equi-spaced coplanar beams.

The genetic and the cross-entropy algorithms showed faster convergence in the very beginning of the optimization but the simulated annealing algorithm eventually arrived at almost the same objective function values. These three strategies typically yield clinically equivalent treatment plans. The iterative algorithm showed the worst convergence properties. The choice of the termination criterion had a stronger influence on the performance of the simulated annealing algorithm than on the performance of the genetic and the cross-entropy algorithms.

We advocate to terminate the optimization process after the evaluation of beam combinations without objective function decrease. However, we observed significant improvements when considering non-coplanar candidate beams for challenging head and neck cases.. Frese, M. Application of constant vs variable relative biological effectiveness in treatment planning of intensity-modulated proton therapy.

The former was assessed from portal images acquired during radiation delivery to a phantom in tracking mode.